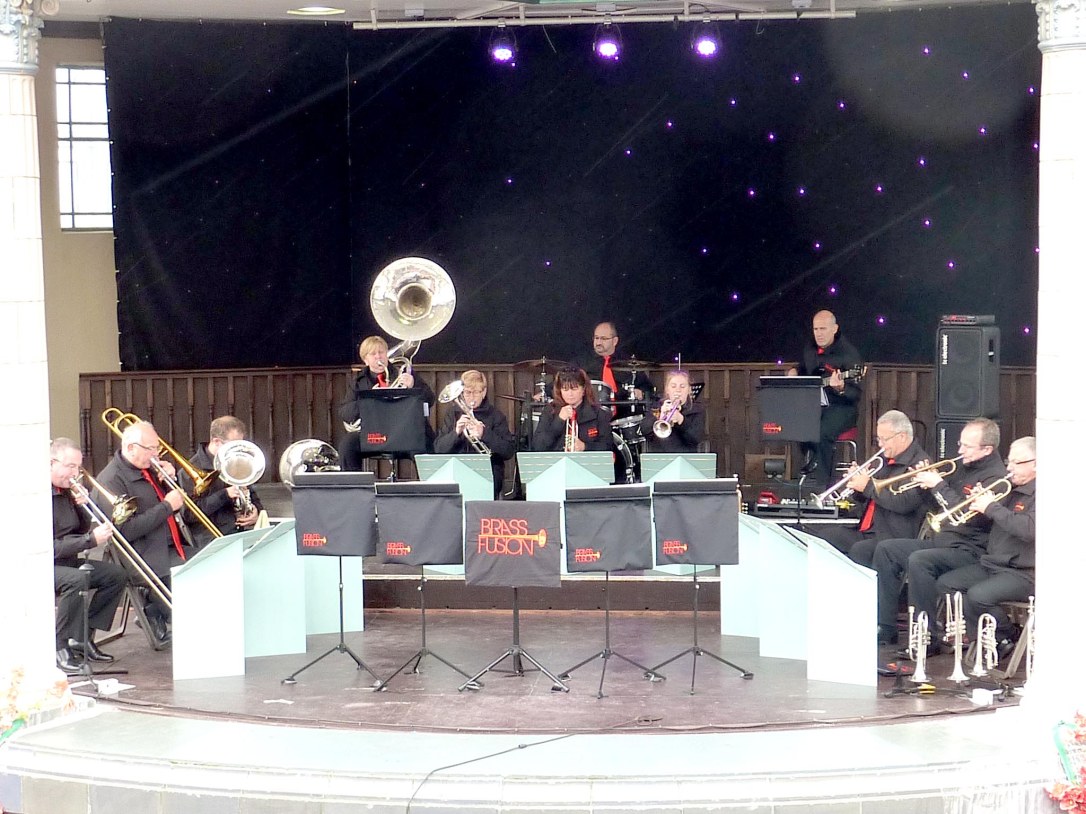 BRASS FUSION’s loyal audience braved wind and showers on Eastbourne seafront and was rewarded with a toe-tapping afternoon of entertaining music.

The concert opened in BRASS FUSION style with five members of the group marching through the audience playing the jazz classic Just a Closer Walk.

The group paid tribune to its composer, David Hughes, who died this summer, by playing three of his numbers: Beethoven’s Teenage Son, a musical joke on Beethoven’s famous  themes, the brass band march Flourish and the beautiful flugel solo, Why, performed by Andy Hodges.

The programme also included  the Kenny Baker solo Mission 459 with soloist, Martin Buss, the trumpet feature My Favourite Things, and film hits Gonna Fly Now from Rocky, and You and Can leave Your Hat On, from The Full Monty. Martin was also joined by wife, Sian, on sousaphone and daughter Amy on cabasa for the Drifters’ hit Underneath the Boardwalk.